Get a Personality: How to Create a Chatbot Persona

Chatbots fill a unique role in many parts of business, and their use is only going to grow and mature with time. Mainly, customer service, troubleshooting, updating customers about their orders, and even lead nurturing. As chatbots become more and more accepted and gain functionality, they are quickly approaching the ease of use we expect when chatting with a human. The best part is, that there are some things you can do to reduce the gap between a chatbot and human experience.

Giving your chatbot a persona by using personalization, creative images, natural language, and even including some quarks, goes a long way in terms of making the user experience as “lifelike” as possible. We will look into some of the benefits of personalization and give you plenty of ideas and examples to build on to make your chatbot’s persona another reason for people to interact with your brand.

Why should you create a chatbot persona?

Before we answer this question, let’s quickly go over the benefits of chatbots as a refresher. Chatbots are growing in popularity. They help you, your customers, and help you help your customers. Confused? Let the number clear things up.

Moreover, chatbots are very fast to set up and give you time to focus on other things. The benefits of implementing a chatbot really speak for themselves. If you’re not using one yet, nothing is stopping you. Check our guides to learn how to set up a chatbot for Facebook Messenger or Telegram.

Okay, enough about why chatbots are great. Let’s get into the benefits of giving your chatbot a persona.

How to come up with a chatbot persona

Before we dive into creating a chatbot persona, it’s important to remember that the persona of your chatbot should match your brand’s other communication channels. It is a good idea to imagine the persona of a fictional customer service representative at your firm, and start crafting your bot in “their” image. Let’s imagine that we are creating a person, albeit a digital one, that you are going to employ.

To get some inspiration, let’s take a look at this first-rate chatbot from AccuWeather.

This bot does a great job of giving users a wonderful experience while also having a clearly defined persona. The bot introduces itself as Dawn, which is a catchy name for a chatbot that can tell you when the sun will come up. Using emoji, Dawn gives users the feeling that they are chatting with a friend. While the bot doesn’t use an animated avatar or GIFs, there is plenty of visual content from the chat itself, so we’ll give her a pass here.

Next, Dawn gets down to business and starts providing forecasts for users based on the location that they entered. There are no fancy bells or whistles with this bot, but it gives you detailed weather information in seconds. It reminds you of having a weather-obsessed friend in your pocket.

Want to create a chatbot?

Design and set up Facebook or Telegram chatbots without needing to code with SendPulse. Create message flows including not only text, but images, lists, buttons with a link, and much more.

Chatbots are a unique medium that do not allow you to create a lengthy backstory for your new automated employee. Sending long messages to give your bot some flavor will result in people clicking out of the chat window. Instead, you want to use the small space that you have optimally to bring your bot to life. Using a catchy name, including compelling chat copy, images, GIFs, etc, are some of the best ways to make your bot friendly. Let’s take a look at how to create a bot that you would like to get a beer with.

Give your bot a name

When you introduce yourself to a person, you immediately tell them your name, right? Your bot should do the same. There are a variety of options for naming your chatbot, some companies use “bot” in the name, others use a human name, and some try things outside of the box entirely. All of the different options are valid and finding one that works for your brand is what is important.

For example, if you are a trendy clothing brand, it is best for your chatbot to be informal or even silly in nature. On the other hand, a law firm’s bot can still have a well-defined persona but should be more formal and diplomatic in its approach.

The popular mattress company, Casper, has created a chatbot for people with insomnia. The bot is just a funny way to spend some time when you can’t fall asleep. The interesting part is the bot’s name: insomnobot-3000. This creative name brings up the idea of a sci-fi robot talking to you when you can’t sleep, and gives the bot a unique feeling.

Some companies use more straightforward names for their bots. The example from Zupcoin below shows a company that uses its branding in the bot’s name. The bot’s name is simply, “Zupcoin” While this is a descriptive name, a creative name could go a long way in terms of improving the bot’s persona, and overall user experience.

Use images with your bot

A picture is worth a thousand words, right? Because your space is limited, pictures might be worth even more when it comes to chatbots. Using GIFS, animated avatars, images, and emoji to visually represent your bot is like giving a face to a name when you meet someone new.

Like any brand communication, you need to make sure that your pictures match your brand’s image and tone. Including images in chatbot flows is a good idea generally, you can use product images. But in terms of giving your chatbot a persona, images and GIFs make the most of the small space you have for creativity.

Swelly, a chatbot for Facebook Messenger that helps organize tasks and make decisions, not only has a fun name and good copy but also includes animated avatars. This goes a long way to clearly define the personality of the bot.

Another bot that uses images effectively to add to its persona, is the chatbot on Imagine Dragons’ Facebook Page. The bot welcomes users to “dragon chat” and quickly includes images of an ongoing giveaway and more. While this doesn’t add to the chatbot’s personality as well as the example from Swelly, having a bot giving you everything you need with visuals makes the conversation a lot more like talking to a friend.

Get creative with your messages

Giving your bot a “name and face” is critical, but it’s all for naught if the bot doesn’t say anything interesting. Of course, you want to make sure that your bot serves its purpose for your brand, you can learn more from our list of chatbot best practices.

Assuming that your chatbot does its job, let’s look at some ways you can give it a little personality with your messages.

First impressions are powerful, make sure that your bot’s greeting makes users want to keep talking with your bot and learn more about your brand. Like any introduction, your bot should tell users its name and say a little about what it can do. Use your greeting to hook users like, Visual Chatbot does with their bot.

In two short sentences, the bot’s greeting accomplishes quite a bit. Firstly, it tells you its name and the message reads like the bot is talking to you itself. The latter is critical for giving your bot a persona. If your message reads like a dev talking to you, the experience will simply appear to be another sales conversation in short order. Next, using its “own voice” the bot tells you a little about its functionality without overwhelming new users. Lastly, the bot uses a friendly call to action to get users to test out its functionality. This goes to show that you don’t need to get too fancy, but adding personal touches where it counts can do a lot for your bot’s persona.

However, your greeting doesn’t always need to be so succinct as long as it matches your brand’s image. The example below from Zodiac Fire’s Facebook Messenger chatbot shows that the “Brutally Honest Astrology” bot can make a great impression with several messages.

Regardless of your potential skepticism about astrology, this bot starts off with a bang. This greeting is anything but generic and accomplishes all of the goals a good greeting should. First, it builds hype by telling user’s that they are going to get the “world’s best astrology insights.” Next, it adds some small visuals in the form of emoji. Not only does this add some color to the chat, but it also sets the tone for this casual and fun bot instead of being strictly business.

As a bonus, the bot leads right into its first question and reminds users that they can unsubscribe at any time. However, you may have noticed that this bot doesn’t introduce itself. Giving the bot a funny name and using images or GIFs would certainly add more to its chatbot persona.

Putting all of the pieces together

So, we looked at some examples of chatbot personas in regards to the bot’s name, use of images, and message text. Many bots do a few of these things well, but combining everything into a cohesive personality is easier said than done. It takes time and effort to give your virtual helper a real persona. Here’s a few tips to keep in mind:

Now that you know a thing or two about how to create a chatbot persona, give it a try! SendPulse allows you to create up to three chatbots for Facebook Messenger and Telegram for free. We have tons of guides to get you on your way to chatbot success, and our customer service team is there for you 24/7. What are you waiting for?

Greetings, I am Caleb, an email marketer at SendPulse. I enjoy reading, IT, and hockey. Let's learn about internet marketing...

SMS Marketing for eCommerce Brands for the Holiday Season

A Comprehensive Guide to the Ideal Online Course Length 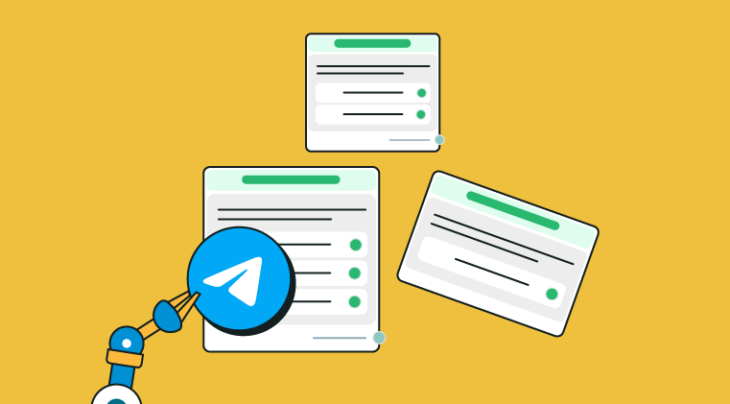 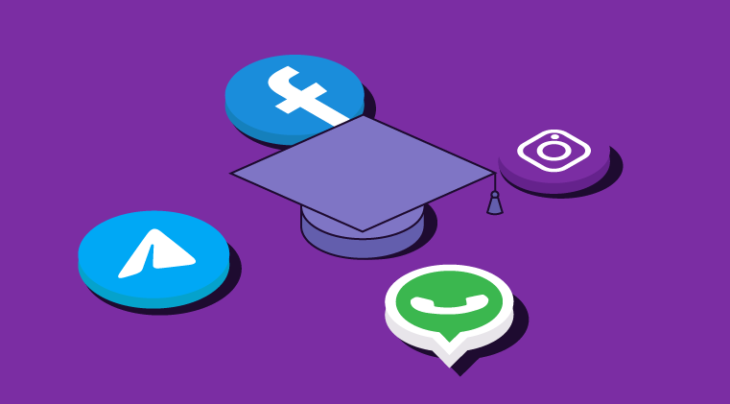 Teach Better: How to Build a Chatbot for Education 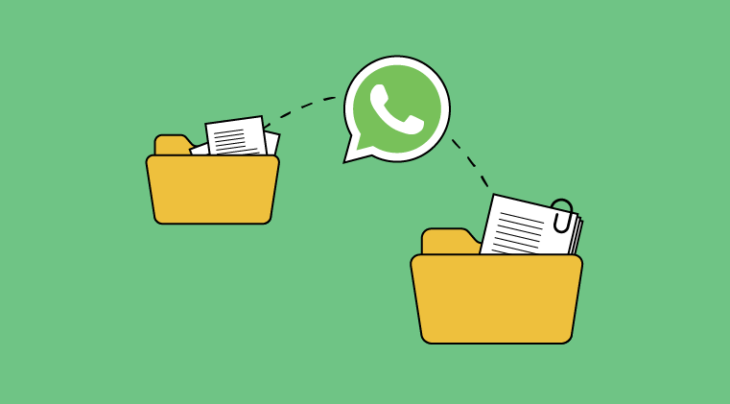 The Power of WhatsApp Business Automation: Use Cases, Tips, and DIYs 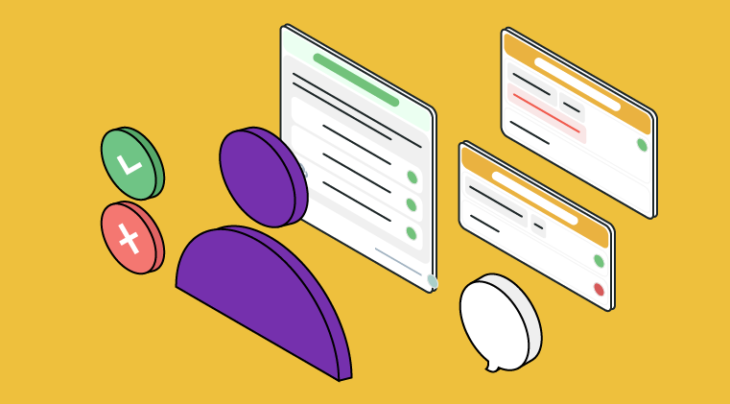 Get 15 well-tried scenarios on how to use chatbots in different niches. This guide will help you introduce the tool to your own business with no sweat.